During the use of my sc2p, there was a noise problem in the Game. The production date of sc2p is 2021/9/21.The game I play is ACC，My friend and I did our best to check on the physical level, but it didn’t work.
that is the vedio，The noise runs through the whole process, especially after about 20 seconds
https://www.youtube.com/watch?v=b8orwecVFGU
This is the source of noise 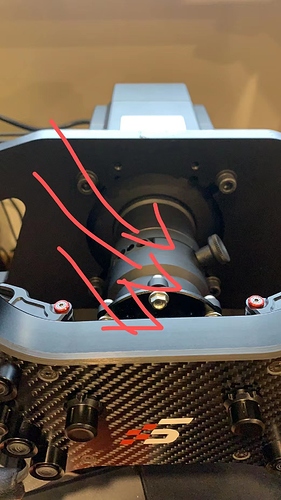 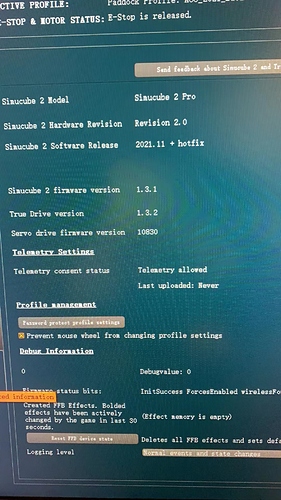 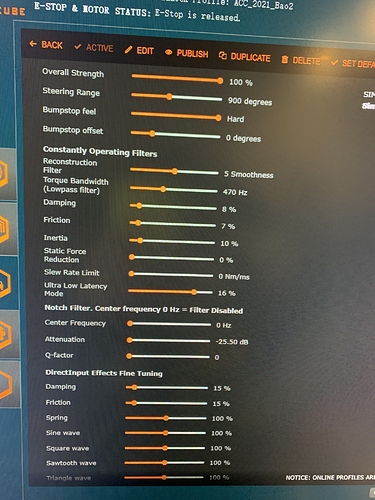 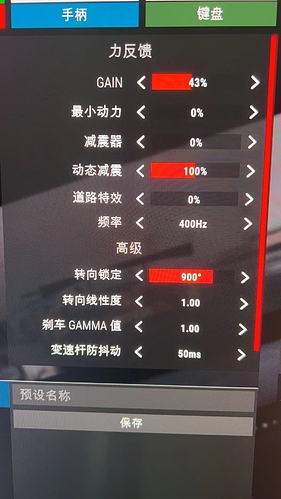 Based on the video sounds similar to mine. Some settings may enhance the noise coming out of the wheel.

yep ！dear, my friend and I watched almost all videos about high-frequency noise, and they were basically the same. We also checked almost all possible hardware problems and tried other base parameters. But there is no effect, and these parameters are all normal on sc2 of 2020 T T

Slew rate limit at 0, does it even work like this or it acts differently in Paddock?
Guess there is a lot of bad profiles shared.

yeah didn’t see that, it works the same as classic. well, nothing new about bad profiles on paddock…

Zero is the new Off, just saying because never touched paddock

you’re right, 0 equals to off on paddock… my bad

I didn’t see that slewrate thing when messing with it this weekend -the lowest I could go was 0.1

I sure hope 0 doesn’t equal the unit’s max, that just wouldn’t make any sense.

YingYuYang, I’ve got the same issue.

I once saw a cross section of the simucube posted somewhere and I’ve not been able to find the picture since, but the picture I saw showed the copper coils of wire just sort of layered at an angle going around the wheelbase - In most motor designs the copper coils are wound tightly around something, but these appeared to be loose, open air coils. My suspicion is that strong sudden changes in force cause these coils to move a little bit and they hit the coil next to them, and this happens in a circular way, so what I think we’re hearing is a bunch of those coils hitting in succession, rather than all at once. To me it sounds a bit like that childrens toy we call a “Slinky” here in the US.

The things I’ve found so far that help with the noise:
Set the slew rate to 0.1 <- this seems to work in conjunction with any other setting.
Set the smoothing filter to 10 <- I just tried this recently and it made the unit quieter, but I did not try all combinations with other settings.

There’s one thing I’ve not tried yet that might also prove my hypotheses - turning the Torque WAY Down - I’ve been running in the 12nm range, and if my understanding is correct, it takes both a sudden change in direction PLUS a decent amount of force - so setting the unit lower might also help - I’ll try that the next time I use the wheel.

As a side note, you can hear this sound anytime you want - you don’t even need to be in a game - just open true drive and have a hard stop set then rotate the wheel until you hit the stop - you’ll notice that if you hit the stop with enough force, you’ll hear the same sound you hear in game and it will be quite easy to recreate the sound to demonstrate it.

Renaming it to Slew Rate Reduction will let use left to right scale with 0 as max Slew Rate (i.e. zero reduction)

Thank you all for your replies.
this is my friend
It’s working time and we can’t test it.
We can try Jack’s method later
I also hope that more friends will provide your solutions.
We will try one by one

Some, or let’s say a lot of Paddock profiles are looking quite strange to me too. Think the warning from Granite speaks for itself. Btw, hope you get an estop soon

My Simucube 2 Pro is R2 version, produced in March 2021.
I’m in a different situation than Yingyu.
I don’t have any unusual sounds.
I provided the Settings.

Slew rate limited = 4.78 to 0.1
Where 4.78 is the smallest limitation and 0.1 the biggest limitation
Is represented by “4.78”= almost no limit to “0.1”= almost all limited
in active profile
The slew rate is limited to 0.1 newtonmeter per millisecond

It is confusing, at least…
TrueDrive FTW

Yeah, slew rate limiter does get disabled if the parameter value is 0. I will see that any new profiles published will have this added as text description in Paddock.

1 Like
New to the Simucube 2 pro and got a annoying electrical noise from the motor Help
CLAYREGAZZONI 7 December 2021 15:42 #19

Did my best to clear the fog. I learned it from Mika a few weeks ago. I always go like: I want a limitation? No, so off
Yes, how much I still want to have? Almost all is the higher and almost nothing the smaller number.

Thanks jack and all!
I tried adjusting the slew rate limit to 0.1
Almost no abnormal sound is felt! Thank you all!