Look at the guy in the middle

After 6 months after my Dads death I finally got up the courage to start going thru his things.

I totally forgot about this, look at the guy in the middle of the pic.

My dad is the one on the leftand the guy on the right is his best friend and Tai Chi instructor.

This was 2015 at COTA when it rained all weekend. They let the public come into the pits for a while.

Funny thing is my Dad had Mika sign his Ferarri hat! LOL 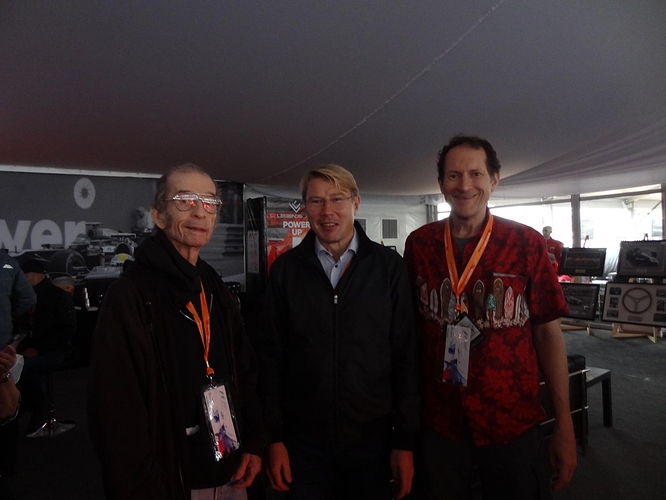 Something you can cherish forever. And Mika signing your Dad’s Ferrari cap, lols, must have been funny at the time!

Cool memories!
Too bad I could not have gone to the race.

I was originally planned to go and had plane tickets, race tickets etc. But sadly there was nobody that could take care of the dog and watch out for my brother who was pretty much invalid at the time due to a back injury.

Dad was a diehard Mika fan.

And then later after Mika was gone he chose Felipe Massa so Ferrari became his team. And he HATED Lewis Hamilton!!
When Lewis beat Felipe in the Championship at Interlagos in that last lap last turn that sealed Lewis fate!!

We even buried him with a Ferrari hat and draped a Ferrari flag on his casket.

It must have been funny to see Mika sign the Ferrari hat as he never drove for Ferrari. I kept the hat for myself.

Take care your side,
Joe

I am sure, where F1 is concerned, your Dad and I would have had a good discussion:) His views pretty much echos mine!

Yeah my Dad and Brother watched every practice, quali session and race since F1 was televised into the USA. They used to record things on VHS! LOL

But after I bought my farm in 1995 I had no cable, internet or satellite tv available. So no races for Joe.

Since I moved back to help take care of Dad in 2008 I have seen every practice, quali session and race!

And my boy Max is kicking A$$! My wife even watches all of the sessions with me. Since her Dad was from the Netherlands of course Max is her guy!

Dad and his Buddy Sven from Finland checking out some new hardware. 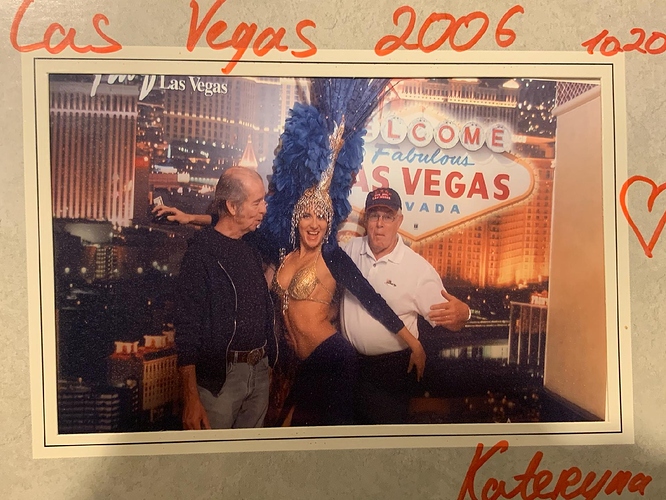 I am sure it was his Finnish Mate leading him astray

I am talking from experience!