Electrical type noise through the wheel

Bump. Anyone have any ideas?
This happens 100% of the time when turning left past 90 degrees I feel the resistance and a motor noise providing resistance and I go beyond the 90 degrees and the squeeling noise returns. Also notice that when testing desktop spring turning left feels slightly weaker than turning right? Could one of the motor poles be damaged?
To rule out my pc I just had the simucube turned on (pc was off at the wall) and I still got the noise.

Which motor and encoder do you have? 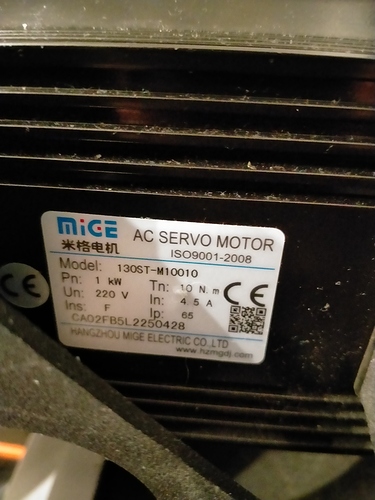 Any idea when I turn simucube filters off damping friction and inersia the noise goes away and the wheel feels smooth but when I turn the filters back on the noise returned?
If I only use the in-game filters then no noise.

Anyone have any ideas what could be causing this?

It is really strange, we did discuss it internally a bit and only software causes we came up with was some strange torque and ripple compensation settings, but that wouldn’t explain why it would not be like that from the power-on, but later. Maybe it is some type of electrical fault somewhere on the system, either on IONI servo drive or the Simucube itself, but difficult to say which.

Just recently the noise stays even with a power off/on, its takes a few power cycles to go back to normal.
I did also notice that I got 2 beeps at startup rather than the usual 3?